This blog post is in reply to a previous review. Click here to read my original review of  Perfect by Ed Sheeran featuring Beyoncé.

Oh look, ten months have passed since my Perfect review. Not that such a time period would matter in the world of pop. I mean, things haven’t changed that much since December 2017, right? Little Mix are still guaranteed a spot in the top ten, solo Liam Payne is still the hot new thing and Ed Sheeran still rules the airwaves, right? Right?

So how wrong were my predictions? That’s not a rhetorical question, more a self-handicapping device to protect my poor, fragile ego from the risky business of making public predictions about pop songs. Let’s go through them one by one:

“Perfect will obviously hit the ground running, it actually already has on iTunes downloads. It won’t officially chart until tomorrow (Friday 7 Dec) but all signs point to it going straight to the top spot.”

That it did. Uncanny! Who would have thought that a duet between the two biggest names in pop would lead to a hit single?? 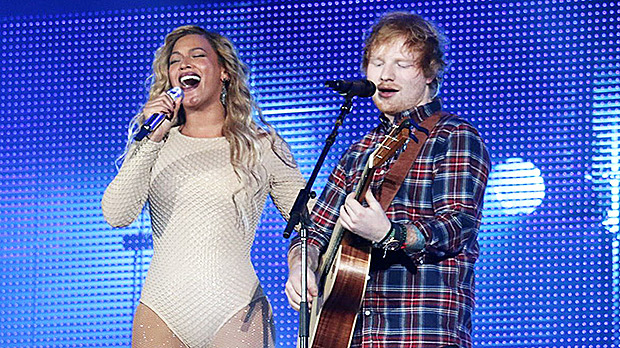 “I’m going to say a week or two at number one, a lack of any attempt at a video (Beyoncé is busy), then a quick descent down the charts leading to eventual obscurity of the track.”

It seems I was in the mood for bold statements that day. Let’s see. Perfect stayed at number one for a full six weeks, including for Christmas (I write that with my pride not on my own floor, but on the unwashed tiles of my downstairs neighbours). The song then hung around the top ten for another two weeks before finally trailing off in early January. Essentially, Perfect followed the exact trajectory of a particularly stubborn norovirus. In a tear-inducing effort at regaining some dignity here, I would like to highlight my correct assertion that there would be no video. This fact was transmitted to me in a dream I had last December, when Beyoncé appeared before me in a white robe and spoketh, “Y’all ain’t gettin’ shit”.

“I think the song will be something of a fast-burner. It will enjoy an early peak but will have short-lived success, quickly petering out and only maintaining a presence on commercial radio in the role of dull filler. ”

Apart from my obvious shock at my own use of “peter” as a verb, I’m not sure what to make of that sentence’s conclusion. The song is still certainly doing the rounds on UK radio. As an avid pop-radio listener, I always get that mild excitement when one song ends and there’s a brief second of anticipation for the next one. When I hear those opening chords of Perfect, my heart sinks to a level only previously known by James Blunt Beautiful or One Republic Counting Stars. It’s a dark place. So I guess my prediction of “dull filler” is subjective. For me, it undoubtedly is but I’m sure there are certain demographics (11am drunken housewives, people who understand neither English nor common sense, serial killers, etc.) who would see otherwise.

2017 was the year that Ed Sheeran quite simply owned the singles chart. From the six best-selling singles of the year, four were his. His only single in 2018 has been Happier, interestingly another warbly guitar ballad. As Ed presumably embarks on recording a new album, there’s another line from the original review that jumps out at me:

“Perfect is a throwback to the Sheeran early years of cutesy folk. Has the nation regained its appetite for high-pitched hipster lullabies? Jesus, I hope not.”