Choosing to tackle the new Britney single is a decision not taken lightly. I place finger to keyboard knowing that Britney fundamentalism is rife on social media these days. With emotions running so high it can be tough to keep a cool head and not be swayed – for better or worse – by the fanatics. But steadfast I remain, pondering the possible inclusion of a picture of myself on this page, some sort of grainy stencil portrait featuring the word Hero or Hope.

So, here goes. It’s been eleven days since the release of Slumber Party and the song has yet to enter the Official UK Chart or the iTunes Top 100. That’s not to say it won’t, it just hasn’t yet. And the aim of this review is to predict the when, the how long and the how high. Let us consider the evidence. Slumber Party is the second single from Glory, Britney’s first album in three years. First single, Make Me, was a slow synth electro number with filthy lyrics which stayed in the chart for three weeks and reached a peak UK position of 42. While such a stat would be acceptable for a pop novice, nobody on Team Britney is doing hair flips at number 42 for the lead single off a new album. But fear not, Britney’s back and she’s set to rectify the situation by ramming us all sideways with … a slow synth electro number with filthy lyrics. How could this possibly go wrong? 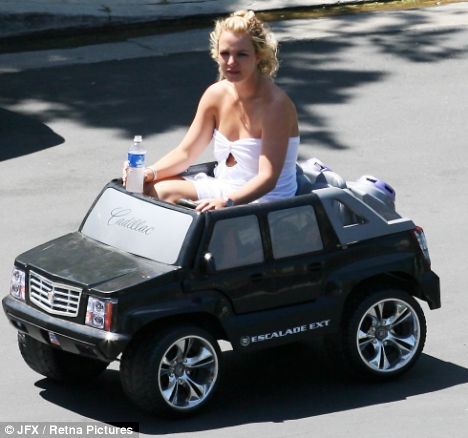 Britney: ramming us all sideways

I should point out that Slumber Party does have more going for it than its predecessor. There’s the reggae beat which is fun, surprising and actually pretty cool. More like Britney channelling Gwen Stefani rather than Cascada for a change. Then there’s the inclusion of Tinashe who I know absolutely nothing about other than the fact that she so hot right now and will possibly make the youth of today click on the video with their malformed thumbs when it comes up as a YouTube suggestion. There’s also the inclusion of the word fucking in the chorus which is not a total guarantee of success but at least avoids the surefire failure for all 2016 songs which don’t explicitly mention bangin’, arse, dick, orifices or crotch infections (the latter is my own interpretation of Ariana Side to Side). It sure must be fun to be a parent at a pre-teens disco these days.

On the other hand, Slumber Party is a reminder of why Britney seems to be on a path towards cherished former popstar rather than exciting current one. The video alone seems dated. There’s the cringe-worthy exploding dry paint scene (see every music video circa 2013). There are also the little head flicks and squinting – the fake sincerity – that was somehow deemed acceptable in the ‘90s but these days seems about as current as a pair of flared combats and Skecher trainers.

Least promising of all though is the aforementioned low-tempo vibe of the song. It’s almost like the team at Britney: Situation Room don’t get it that the public love nothing more than a bonafide Britney banger. The stonking beats and sheer ridiculousness of Womanizer, Scream & Shout, Work Bitch make us not care about the lip-syncing, the tacky clothes and garish videos. In fact we sort of relish them. What the general public do not relish, or even notice, is when Britney has a go at subtlety. Listening to Slumber Party reminds me a lot of her 2011 single Criminal. Similar tempo and sound though admittedly lacking in Tinashe, fucking and general campness. Criminal didn’t break the Top 100 in the UK. The question is whether Slumber Party’s trio of add-ons will be enough to save it.

Will it be a hit?

Britney, I salute you. And for what it’s worth, I really do like Slumber Party. But sadly, I don’t think it’ll catch on. It’s just not Britney Bitch enough. I’m going to say that airplay will be (and already is) limited. It’ll probably make the Top 100 for two or three weeks – let’s say peaking around number 50 – but that’ll be it. Right, time for me to seek government protection from the B-hardliners. I’ll be back in a few weeks to bask in my rightness or admit defeat.